SK hynix submitted the bid last Friday, with a deal expected to cost between 2 trillion won (US$1.8 billion) and 3 trillion won, according to the source. 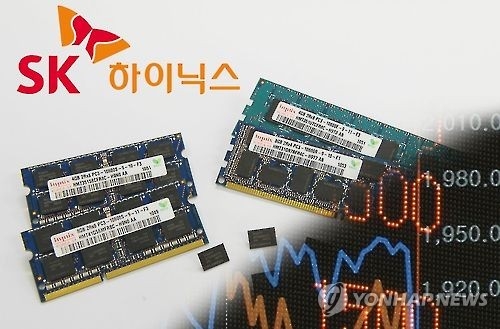 In January, Toshiba said it would sell about a 20 percent stake in its memory business as it struggles with multibillion dollar write-downs from its nuclear power business in the United States.

Last month, an affiliate of SK Group, which has SK hynix under its wing, said it agreed to buy a controlling stake in silicon wafer producer LG Siltron Inc.

The latest deal came a month after SK hynix said it would build a new NAND chip plant in South Korea for 2.2 trillion won.
(END)