The shipbuilding industry, once regarded as the backbone of the country's economic growth and job creation, has been reeling from mounting losses caused by a fall in new orders, order cancellations and increased costs.

The country's top three shipyards suffered a combined operating loss of 8.5 trillion won (US$7.4 billion) in 2015 due largely to increased costs stemming from a delay in the construction of offshore facilities and the industry-wide slump, with Daewoo Shipbuilding alone posting a 5.5 trillion-won loss.

Last year, Hyundai Heavy is forecast to have swung to the black, while the two other shipyards are estimated to have continued to suffer losses, according to industry sources. 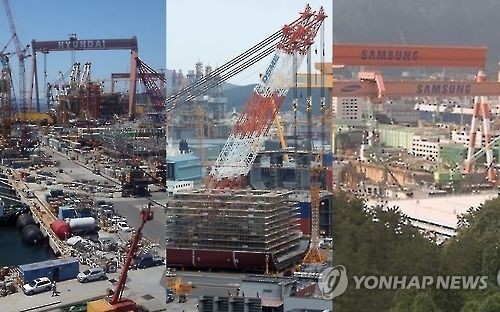