SEOUL, Feb. 7 (Yonhap) -- South Korea's military will expand the use of big data this year in predicting enemy threats and bolstering its defense readiness, the defense ministry said Tuesday.

Defense officials, venture firms and experts gathered at a seminar in Seoul to discuss ways to further utilize big data in beefing up the military's defense capabilities against North Korea's growing nuclear and missile threats, according to the Ministry of National Defense.

"This year, we are planning to set up a system to analyze defense-related big data and introduce advanced information and communication technologies in the defense sector to cut costs and enhance deterrence capabilities," said Hwang Hee-jong, deputy minister for Planning & Coordination at the ministry.

The technology enabled the Air Force to develop a program that helps pilots predict risks during flight. The Navy also came up with an algorithm capable of figuring out an underwater target based on an analysis of sound waves collected from a ship, according to the ministry.

The military has bolstered its air and maritime defense capabilities to defend against North Korea's growing missile threats. 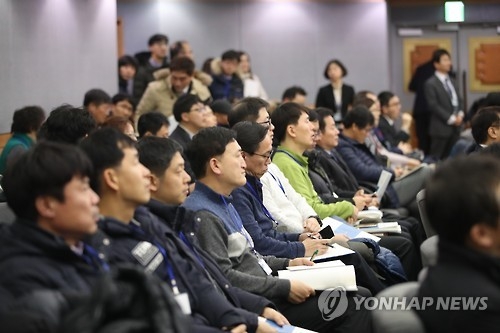