The clip, released by Jung's agency C9 Entertainment, features the rock ballad duet song "Me and You" with one of South Korea's most representative balladists Jang Hye-jin.

In the video directed by Vishop of the VikingsLeague studio, model Joo Woo-jae and actress Han Eun-seo show a wide spectrum of emotions from a heart-fluttering first encounter to the regrets and sadness of a breakup.

Having recently returned to TV after his over three-months-long hiatus, the singer is set to engage in musical activities including his imminent concert slated for Feb. 25. 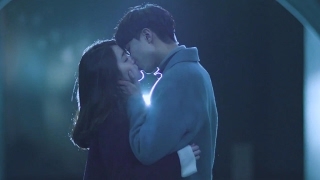 Jung Joon-young releases music video for "Me and You"

Jung Joon-young releases music video for "Me and You"