SEOUL, Feb. 7 (Yonhap) -- It will have been a year since they were forced to leave their workplace in North Korea's border town of Kaesong this week, but nearly half of the firms that were once celebrated as symbols of reconciliation with the communist North are now struggling just to stay alive.

The 124 South Korean firms were told by their own government to leave the joint industrial complex a year ago Friday.

The unexpected shutdown of the joint complex followed a series of military provocations from the North that included a nuclear test in January 2016. 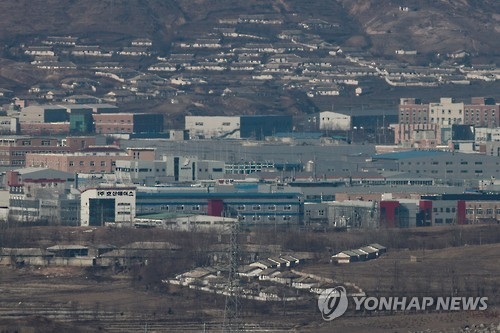 Seoul had insisted the 124 South Korean companies, employing more than 54,000 North Korean workers at the time, were a major source of hard currency for the cash-strapped North, also suggesting part of the wages paid to North Korean employees there may had been funneled into the communist state's nuclear weapons program.

A year after the North also declared a permanent shutdown of the joint complex, all 124 Kaesong firms remain separated from their factories in Kaesong, the only production facilities for many of them.

North Korea, meanwhile, conducted an additional nuclear test in September 2016, with no apparent sign of giving up its nuclear ambitions.

According to an emergency committee of the former Kaesong firms, nearly half of the 124 firms have more than 80 percent of their means of production in Kaesong, meaning they are unable to produce any significant volume of products elsewhere.

"Out of the total 124, about half are in such serious conditions, while another 30 percent or so are also facing serious difficulties," Chung Ki-seop, a joint chief of the emergency committee, said.

Chung explained the problem may have been not as serious for those with additional production facilities in South Korea or other countries, but noted they still suffered great losses due to missed production and increased costs. 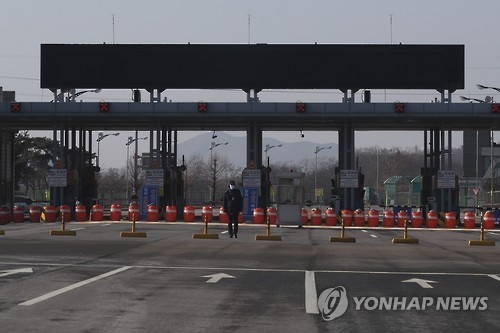 The amount includes some 840 billion won in fixed and floating assets left behind in Kaesong, such as equipment and raw materials, as well as 150 billion won the firms had to pay in penalties or damage to their contractors and buyers for breached contracts.

The government, however, has compensated them 483.8 billion won, only 32 percent of the damage suffered by the firms, it added.

"The government has only provided some 359 billion won in compensation for investment assets in Kaesong and 125 billion won for floating assets, but refuses to provide any support for loss of business, the penalties the firms had to pay or any other damage stemming from the shutdown," an official from the emergency committee said, speaking on the condition of anonymity. 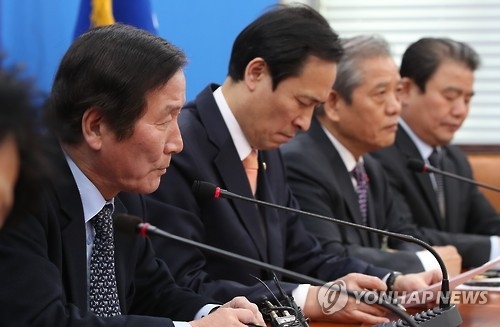 The 359 billion won the government has provided in compensation for fixed assets in Kaesong also represents only about 70 percent of the value of the assets in the North, the official noted.

This was because the government insists the assets are only covered by government insurance, and that no insurance pays the entire value of what is insured, he said.

In fact, the Unification Ministry has said paying 100 percent of the value of the assets in Kaesong would "undermine" the very principle of the insurance system.

"All the damage has been caused by a simple change of mind or policy by the government, and thus setting a limit on the compensation rate for the firms that have no responsibility whatsoever does not make any sense," the committee official said.
(END)

(News Focus) One year after shutdown, Kaesong firms continue to struggle for survival

(News Focus) One year after shutdown, Kaesong firms continue to struggle for survival