According to the data compiled by Statistics Korea, output of 43 industrial sectors out of 80 fell in December from a month earlier, while that of 37 companies rose.

As a result, the production ratio index which represents the percentage of businesses posting output growth reached 46.3 in December.

A reading below 50 means production-falling businesses outnumber those who are in positive terrain, indicating that more than half of the industry is mired in the doldrums.

The figure had remained below the 50 line since August, but made a rebound to reach 58.1 in November, following a two-year low of 30 in October. And in December, it fell again to 46.3.

However, overall production in the mining, manufacturing, gas and electricity industries gained 1 percent in December as a whopping 21-percent gain in the semiconductor sector offset the production drop in the 43 sectors.

The business sentiment in the mining and manufacturing sectors may be falling more sharply than the statistics data, because industrial heavyweights like chips and chemicals take up a large portion in measuring such data, according to Statistics Korea. 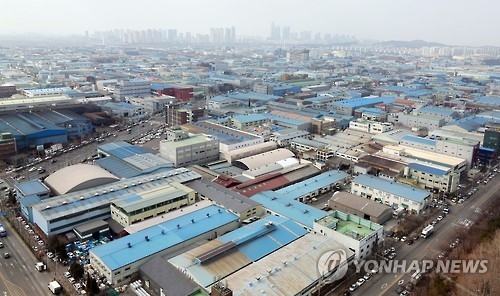