SEJONG, Feb. 7 (Yonhap) -- A second foot-and-mouth disease infection was confirmed at a cow farm in South Korea just a day after the first outbreak was reported, the agriculture ministry said Tuesday, raising concerns over a nationwide spread of the animal epidemic.

Nearly 50 cows at the farm in the southwestern region of North Jeolla Province tested positive for the contagious virus, with all infected livestock culled, according to the Ministry of Agriculture, Food and Rural Affairs.

On Monday, the first infection was confirmed at a dairy farm in central North Chungcheong Province.

Right after the first outbreak, the authorities imposed a ban on the movement of all livestock and farm vehicles across the nation for 30 hours in order to prevent further cases. Also, the government will vaccinate about 102,000 cows and pigs bred in the country within this week in a way to prevent further spread of foot-and-mouth disease.

It noted that only 5 percent of the infected cows at the North Jeolla farm had antibodies against the food-and-mouth virus as the owners have allegedly been negligent in vaccinating their cows in a bid to save money.

The country has already been struggling with the rapidly spreading avian influenza for nearly three months, with more than 30 million chickens and ducks culled. 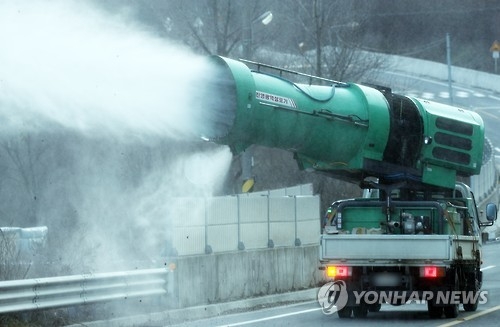