SEOUL, Feb. 7 (Yonhap) -- A Seoul court sentenced an ex-prosecutor to two and a half years in prison on Tuesday for receiving kickbacks from his friend in return for peddling influence in an investigation, the latest ruling in a serious of corruption scandals that rocked the country's legal circle.

The Seoul Central District Court found Kim Hyung-joon guilty of receiving some 27 million won (US$23,600) worth of bribes from his high school friend, identified only by his surname Kim. In return, he promised to lobby local prosecutors who were investigating the businessman over fraud and embezzlement allegations.

Prosecutors had sought a seven-year term against him for allegedly receiving over 50 million won from the friend between 2012 and last year.

The court ordered the former prosecutor to pay a fine of 50 million won and forfeit some 27 million won he illegally obtained. Kim was dismissed from his post last year after the allegations surfaced.

His friend Kim was also sentenced to eight months in prison.

"The former prosecutor Kim has turned down a grave responsibility given to him and damaged public trust in the prosecutors' office," the court said. 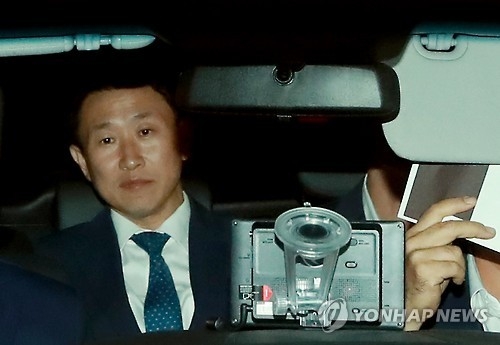