SEOUL, Feb. 7 (Yonhap) -- Soyou of girl group Sistar and Baekhyun of boy band EXO will release a duet ballad next week, according to the former's agency Tuesday.

The two South Korean artists will release the song "Bigawa," which means "It's raining," next Tuesday, Starship Entertainment said.

Outside of their groups, Soyou and Baekhyun both have enjoyed successful collaboration hits in the past.

Soyou made a name for herself outside of Sistar with her 2014 hit single "Some," a project with singer Junggigo. Baekhyun also stormed music charts last year with "Dream," an acoustic ballad with missA's Suzy. 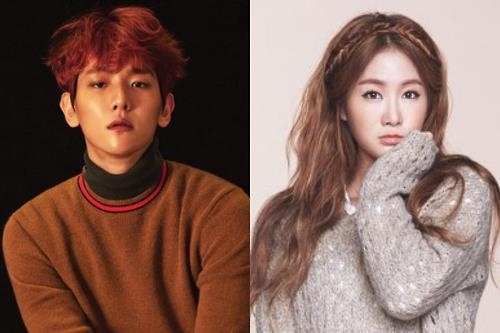