SEOUL, Feb. 7 (Yonhap) -- South Korean rap artist Mad Clown released his new single "Lost Without You" via digital download on Friday. The single marks the followup to "Lie" featuring Lee Hae-ri of Davichi, dropped November 2016, as the second installment of his preview project.

It's turned out to be Bolbbalgan4 who lent a hand this time by gifting the song with such a lovely refrain that pairs well with Mad's emotional verses.

The song alludes to a couple suffering regret accompanied by their recent breakup. Mad uses the word "home" as a metaphor for his affection for his ex, feeling chagrin at having been only a low-rented home for her rather than a fancy residence as he promised.

The scuff of a vinyl record, heard in the background throughout, and retro sounds of bass and guitar blend together with the song's lyrics flashing back to the moments the couple used to share.

Meanwhile, this collaboration draws attention seeing as it marks the coveted project between the two frequent chart sweepers.

As for Mad, not only did he emerge as a key figure of Korean hip hop, but he made contributions to establishing it as a national phenomenon as he got on a tear of celebrated bangers including "Stupid in Love" and "Without You" featuring Soyou and Hyorin, both from Sistar, respectively.

As you look at his face, you might notice that he looks quite far from the typical rhyme buster who often boasts a muscular chest and arms covered with intimidating tattoos and chauvinist-looking beard. His delicate features, nearly feminine, and thin frame are almost reminiscent of a member of a pretty idol act. And he sometimes raps quite aggressively, but saves bleep-worthy words you might easily find on Swings numbers.

Sometimes dubbed the "rapping Justin Bieber" by a few, derived from those "poppy" dispositions, he didn't always see it jeopardize his position as a big-time hip hop artist. But rather, it helped expand to some extent his fan base, now largely consisting of young females, who are not regarded as conventional hip hop lovers.

Besides, his frequent subject matters, many of which are romantic tug-of-wars, and clear delivery of bars make it a bit easier for those who are not too familiar with caustic rapid-fire verses to digest.

However, putting them all aside, he's still a skillful microphone expert with clever and exquisite wordplay. His standouts might not contain life-threatening warnings and the glorification of being promiscuous, but his witty 16s infested with memorable punch lines and the astute description of a regular young Korean man's life still shine through. 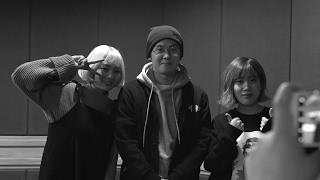