The PosLX, opened in a ceremony in Gwangyang, 423 kilometers south of Seoul, is expected to churn out 2,500 tons of high-purity lithium that will be supplied to local battery makers such as LG Chem and Samsung SDI. POSCO said the amount is enough to produce batteries for some 70 million notebook computers.

POSCO owns a technology developed seven years ago to extract lithium phosphate from salt water and convert it to lithium carbonate. This process can produce high-purity lithium in as little as eight hours, or a one month maximum, compared to 12 to 18 months required in conventional evaporation extraction.

The lithium recovery rate more than doubles to over 80 percent, making the process more economical, and the 99.9 percent purity of the final product allows simultaneous manufacturing of other high-value chemicals, according to POSCO.

Kwon Oh-joon, re-appointed as the CEO of the steelmaker for a second term on Jan. 25, had previously pronounced a foray into non-steel business as a future source of profit.

"We will foster future new growth ventures through our distinct technological competitiveness in the energy material business," Kwon said at the completion ceremony. 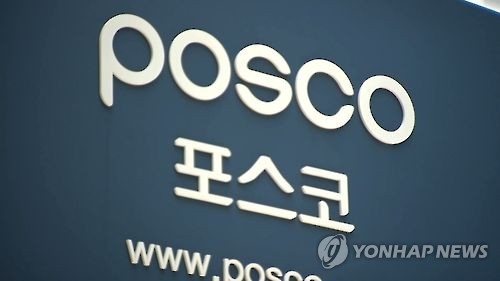 POSCO builds lithium plant as it pushes into non-steel business

POSCO builds lithium plant as it pushes into non-steel business