SEOUL, Feb. 7 (Yonhap) -- South Korean athletes for an upcoming competition in Japan will stay at a new hotel in light of a controversy surrounding the original location, the nation's top sports body said Tuesday.

The Korean Sport and Olympic Committee (KSOC) said the athletes for the Asian Winter Games in Sapporo will not stay at the APA Hotel and Resort after all, and will instead be put up at the Sapporo Prince Hotel during the Feb. 19-26 competition.

The APA Hotel has come under fire in recent weeks for providing books in its guest room denying Japan's forced recruitment of World War II sex slaves and the 1937 Nanjing Massacre.

Last month, the hotel offered to remove the books under mounting pressure from both South Korea and China. But the KSOC decided to go even further last week and asked for a switch of lodging. A KSOC official explained it was to help ensure the athletes could concentrate only on the competition without unnecessary distractions.

The KSOC said the Winter Asiad organizers informed it of the change late Monday, and some 170 South Korean athletes will stay at the new hotel. 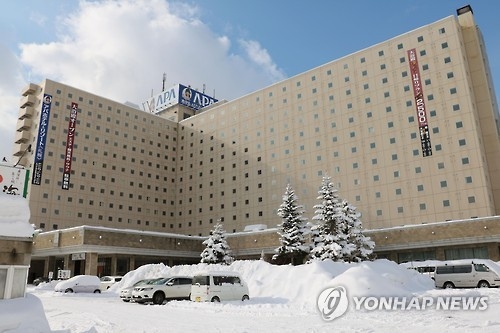 The KSOC earlier pointed out that the book's presence in athletes' rooms runs counter to the Olympic Council of Asia's Constitution and Rules. A by-law to Article 36 states that "No kind of demonstration, political, religious or racial propaganda is permitted in any OCA games sites, venues or other area, associated with the games."

The book was written by Toshio Motoya, president of APA Group, which operates the hotel chain.