SEOUL, Feb. 7 (Yonhap) -- A local court on Tuesday ruled in favor of Ssangyong Motor Co., the South Korean unit of Indian carmaker Mahindra & Mahindra Ltd., and said it does not have to compensate consumers over the overstated fuel efficiency claims on its sports utility vehicle.

A total of 851 plaintiffs filed the case with the Seoul Central District Court in 2014, after the government fined the carmaker for exaggerating the fuel efficiency of its Korando Sports CW7 four-wheel-drive model by as much as 10.7 percent. They sought some 700 million won (US$612,100) in compensation in total.

The court, however, said it is hard to acknowledge that Ssangyong Motor inflated the mileage test, adding that the fuel efficiency results can vary based on different circumstances.

"If Ssangyong Motor carried out the mileage test based on methods and conditions under the law, we cannot say for sure that it has violated relevant regulations," the court said.

The mileage issue first emerged in 2013 when drivers questioned the fuel economy figures for some of the cars sold here after South Korea's largest automaker, Hyundai Motor Co., was sued for overstating the fuel efficiency of several of its vehicles in the United States in 2012.

Hyundai Motor and four import car brands were fined for inflating gas mileage figures, but the decision by the government came after months of inter-ministerial disputes over conflicting test results.

The transportation ministry had concluded that the gas mileage figures of the local automakers were exaggerated, but the industry ministry said there was nothing wrong with the stated numbers after conducting its own set of tests.

In a similar ruling, the same court has ruled in favor of Hyundai Motor Co. last year. The case now is pending at an appeals court. 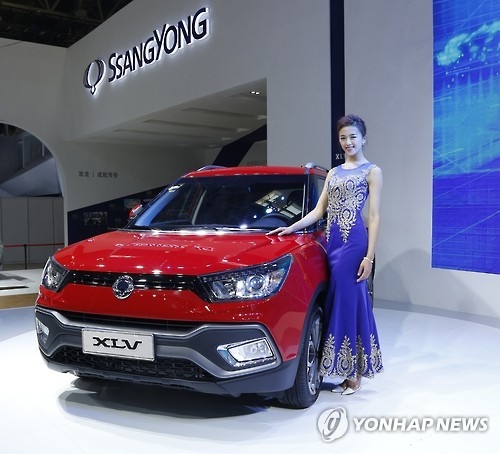 Ssangyong Motor not liable to compensate consumers for mileage claims

Ssangyong Motor not liable to compensate consumers for mileage claims