"Yoo Jae-suk confirmed that he had no choice but to skip the event due to his schedule," wrote FNC Entertainment Tuesday on its official Facebook page. "We have noticed that there was false, confusing information spreading there (in Taiwan) that Yoo Jae-suk will attend the event."

"Running Man 2017 Live in Taipei" is slated to start this Friday in Taipei. All the cast members except for Yoo -- Kim Jong-kook, Song Ji-hyo, Haha, Ji Suk-jin, Lee Kwang-soo -- will attend. Former member Gary will also be present. 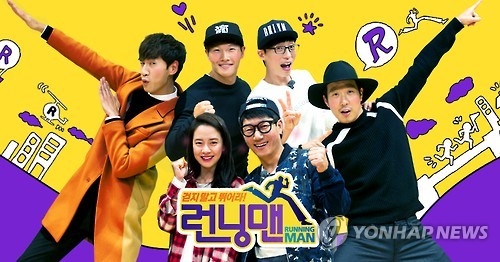 "Yoo and the agency have never authorized anyone there to represent him regarding this event. But we've heard there are some companies falsely claiming that they were given (authority) and are involved in activities that infringe on Yoo's personality rights to try to get illegal gains," FNC said.

The company said it has accumulated evidence of unlawful activities and warned it would take strong measures including legal action.