SEOUL, Feb. 8 (Yonhap) -- A possible resumption of the now-shuttered joint industrial park will likely emerge as a controversial issue for South Korea's next administration, possibly sparking a row over the country violating U.N. sanctions resolutions against North Korea, experts in Seoul said Wednesday.

With the closure of the factory zone marking its first anniversary this week, whether to resume the Kaesong Industrial Complex is gaining attention in the political arena as liberal presidential hopefuls are voicing the need to restart operations.

On Feb. 10, 2016, South Korea halted the operation of the complex in the North's border city of Kaesong, once touted as the symbol of inter-Korean reconciliation, in response to Pyongyang's nuclear test and long-range rocket launch early last year.

Seoul's decision was made on the judgment that money generated from the complex was suspected of being used to bankroll Pyongyang's nuclear and missile programs. The government said that since the zone's opening in 2004, around US$560 million in total had been provided to North Korean workers.

The shutdown helped induce the United Nations Security Council into slapping tough sanctions against North Korea in March last year as it is believed to have prodded China, North Korea's main benefactor, into joining the sanctions drive, experts said. 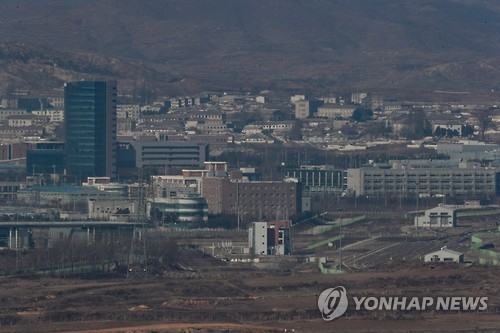 A possible political transition in South Korea is widely expected to set the stage for the issue to be hotly debated again, they said.

South Korea could hold a presidential election earlier than expected this year as parliament voted in December to impeach President Park Geun-hye over a corruption scandal.

Moon Jae-in, a former leader of the main opposition party, stressed the need to have "leverage" over the North, saying that the operation of the complex can help resolve North Korea's nuclear issue in that sense.

Conservative contenders, meanwhile, said that now is not the time to talk about the resumption and emphasized the need to keep a coordinated global front in pressuring North Korea.

But experts said that even if the liberal administration takes office, it would not be easy to resume the operation of the complex unless North Korea shows some sincerity toward denuclearization.

"It is desirable for the next administration to push for the resumption by linking the issue to resolving North Korea's nuclear and missile problems," said Cheong Seong-chang, a senior researcher at the Sejong Institute.

He said that the international community would not object to the resumption if the factory park is opened under certain conditions, such as Pyongyang's pledge to suspend nuclear and missile tests.

Seoul's unification ministry said that North Korea's commitment to ending its nuclear and missile aspirations should be prioritized before talking about whether Seoul should reopen Kaesong.

At a time when concerns about the use of money generated from the park are not dispelled, the possible resumption could spark a controversy that the move would conflict with the U.N. resolutions, it said.

"North Korea has not stopped developing its nuclear weapons program. Against this backdrop, the resumption of the complex means that we, a key party to North Korea's nuclear issue, will be seen as backpedaling on international efforts to pressure the North," a ministry official said.

The ministry said that even if the factory zone is re-opened, South Korea cannot operate the same way as it did previously as the U.N. sanctions are zeroing in on curbing financial transactions with North Korea.

"North Korea's show of sincerity toward denuclearization will be a short-cut toward the resumption of the Kaesong complex," the official said. 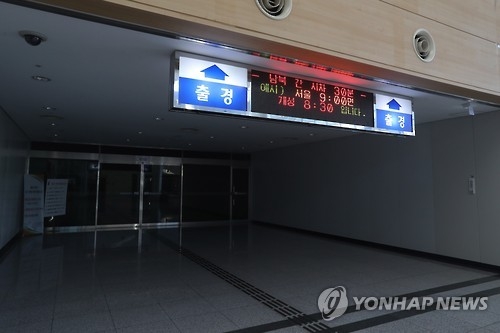 North Korea conducted two nuclear tests last year following those in 2006, 2009 and 2013. Pyongyang also fired off more than 20 ballistic missiles in 2016, and is currently threatening to launch an intercontinental ballistic missile (ICBM), which may be capable of flying as far as the U.S. mainland.

U.S. President Donald Trump, who was sworn in last month, is widely expected to take a sanctions-oriented approach toward the North, but his North Korea policy remains murky.

"The United States and South Korea would have to engage Pyongyang and offer incentives before North Korea would be willing to freeze its nuclear program," said Ken Gause, a senior analyst at the CNA Corp. in the U.S.

"That is something I do not foresee given recent rhetoric out of Washington and Seoul. At least not in the near term," he added.

A total of 124 South Korean firms operated factories at the complex, some 50 kilometers northwest of Seoul, employing more than 54,000 North Korean workers to produce labor-intensive goods, such as clothes and utensils.

South Korea did not close the complex even when North Korea staged deadly attacks against the country in 2010. That year, the North torpedoed a South Korean warship and shelled a front-line island.

But in April 2013, the North abruptly shut it down for about five months, citing what it called heightened tension sparked by a joint military drill between Seoul and Washington. In February of that year, the North conducted its third nuke test. 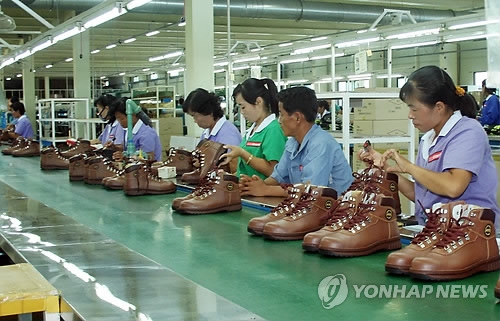