SEOUL, Feb. 7 (Yonhap) -- A document surfaced Tuesday that suggests "Beautiful Woman" might be a fake, in the latest twist in the decades-long dispute over the painting's authenticity.

The bereaved family and lawyers of renowned painter Chun Kyung-ja unveiled the notarized paper written by the painter herself, on which the artist reiterated her previous claim that she didn't paint it.

"An official at the Gwacheon branch of the National Museum of Modern and Contemporary Art (MMCA) confirmed that 'Beautiful Woman,' owned by the museum, is the work of Chun Kyung-ja. However I enunciate clearly that this painting is a forgery and a fake," read the paper.

At the bottom of the paper are written the date -- Dec. 26, 1991 -- when the paper was notarized, her address in Seoul and signature. 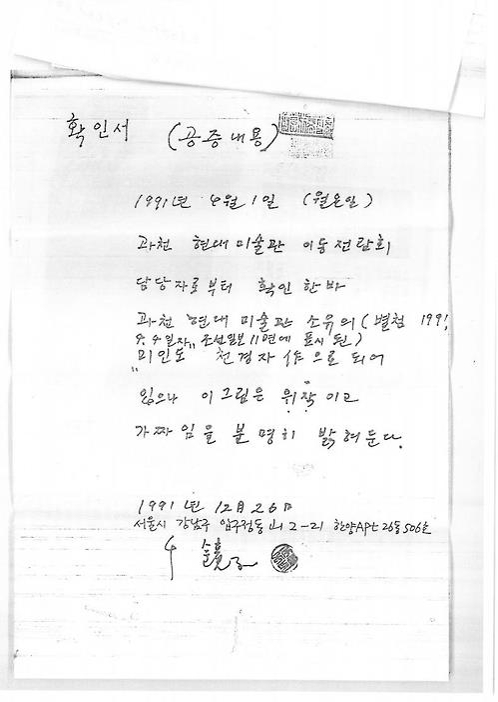 According to the lawyers, Chun's second daughter Kim Jeong-hee has recently secured the duplicate copy of the document which had been kept by painter Lee Seung-eun, Chun's former student. The whereabouts of the original copy is unclear, although the lawyers said Chun had kept it.

"We can't imagine how sad and desperate Chun was to write the message, get it notarized just in case and keep it as if it were a will," the lawyers said in a statement, pointing out that the artist must have felt utterly helpless to face the powerful MMCA and the Galleries Association of Korea.

While alive, Chun strongly denied that she painted it. However, the MMCA argued it was the authentic work of the artist. Since she died in 2015, the tit-for-tat has intensified and the family sued several officials at the museum on charges of infringement of copyright laws and defamation.

But prosecutors in December dismissed the charges and ruled that the work is authentic. The family vowed to continue fighting against the ruling, including further legal action. 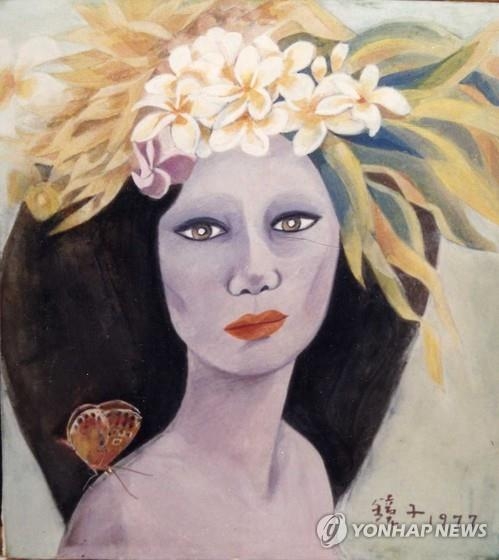