WASHINGTON, Feb. 7 (Yonhap) -- North Korea is exercising restraint from nuclear and missile tests to avoid galvanizing conservatives in South Korea ahead of a presidential election, and is certain to resume provocations once the leadership crisis in the South is resolved, a top U.S. expert on Korea said Tuesday. 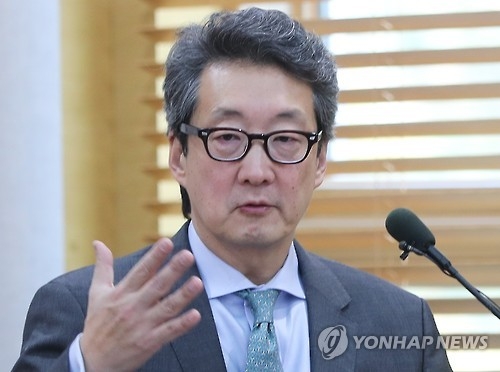 "Mobilizing UN Security Council members to implement those recommendations would be an important measure, since North Korea's nuclear program is intertwined with its abuse of its citizens," he said. "A campaign among U.N. member states to stop the import of North Korean 'slave labor' could arrest millions of dollars of annual income to the regime."

The chairman also stressed the importance of working closely with South Korea, praising Defense Secretary Jim Mattis for deciding to visit the South in his first overseas trip as secretary. The trip was an "important reminder that our 'ironclad' relationship continues through political transitions," he said.