They said the company has already hired some 300 employees to work at its new plant in Tennessee.

There will be about 1,200 employees working at the new factory by the end of the year, they said, adding the construction of the new plant will be completed within the first half of the year.

Market observers say the decision to build a U.S. plant may turn out to have been the best choice for the company, especially under the new Donald Trump administration and its America First policy.

They say Hankook Tire products, at least in the U.S. market, will likely have new price competitiveness over its global competitors, which will likely face increased import tariffs under the new U.S. trade policy.

Hankook Tire officials said the company may decide to further increase the output capacity of the Tennessee plant to 11 million from the current 5.5 million tires per year, which will also increase its total employment to 1,800 workers. 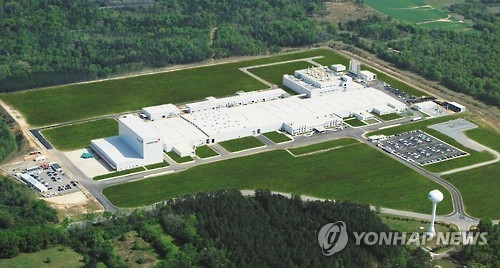 South Korea's No. 2 tire maker Kumho Tire too is said to be considering expanding its U.S. facility.

Kumho Tire has a production facility in Georgia, which was completed in May 2016 and has an annual production capacity of 4 million tires.

The company plans to gradually increase its output to 10 million units, according to the market observers.

"The U.S. is already imposing anti-dumping tariffs on Chinese tires, and in case the U.S. does intensify its trade barriers, it will likely work to the benefit of Hankook Tire and Kumho Tire to have recently built new facilities in the U.S.," Samsung Securities analyst Lim Eun-young said.