According to the data from the Korea International Trade Association (KITA), fresh South Korean investment in the United States reached US$6.94 billion in the first nine months of last year.

The amount, even without fourth quarter figures, is close to the annual total of $7.31 billion in 2011, the highest in six years.

New U.S. investment in South Korea, on the other hand, has been on a steady decline. 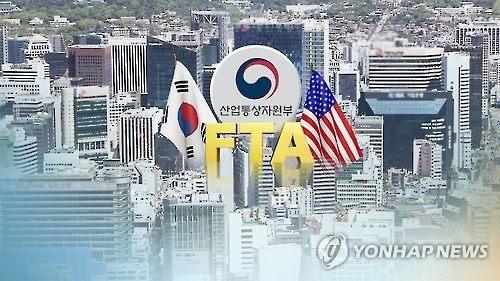 A steady rise in South Korean investment to the U.S. may refute the new Donald Trump administration, which has argued that bilateral free trade agreement (FTA) between Seoul and Washington has only benefited South Korea, KITA officials noted, adding foreign investment helps not only to boost a country's overall economy but also create new jobs.

"Investment trends need to be looked at in long-term perspectives, but it is true that more has gone out to the U.S. from South Korea than what has come here from the U.S. over the past few years," an official said, while speaking on condition of anonymity.

The official insisted the increase in South Korean investment to the U.S. will likely continue for some time, noting the country's leading automaker Hyundai Motor Co. was set to single-handedly invest $3.1 billion in the U.S. over the next five years.

"Should the Trump administration demand a renegotiation of the Korea-U.S. FTA in the future, we must point out the fact that the country is investing more in the U.S. than the U.S. is in South Korea," the official added.