According to the International Contractors Association of Korea, local construction firms clinched overseas deals valued at a combined US$28.19 billion last year, down 38.9 percent from a year earlier, marking the lowest since 2006, when the comparable figure was $16.46 billion.

After peaking at $71.58 billion in 2010, local builders' overseas construction deals have been on the decline, hovering around $60 billion till 2014 as they competed to win more projects at lower prices.

Such a sharp drop was also attributed in part to low global oil prices that led to a sharp drop in orders placed by oil-producing countries in the Middle East, their largest clients.

Construction orders from Middle Eastern countries had easily accounted for more than 70 percent of all overseas orders won by builders here.

However, in 2016, orders from Middle Eastern countries plunged more than 35 percent on-year to $10.7 billion, accounting for only 38 percent of the total, according to the data from the association. 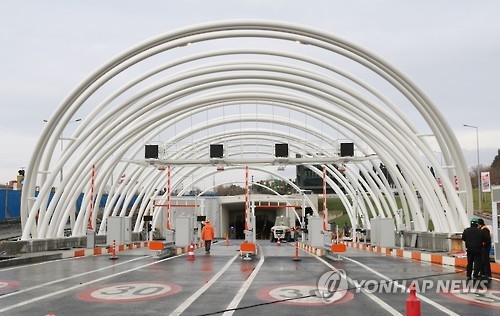 In tandem with the industry trend, local builders lowered their overseas order targets for the year, but the sources said their overseas business performance would be better than expected this year as oil prices are widely expected to hover above $50 per barrel.

Local builders' performance in recent months was not so bad, although their overseas orders dropped 46 percent last month from a year earlier to $1.6 billion. 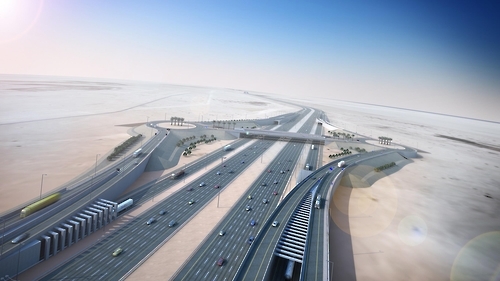 One of the reasons for the rosy outlook for the local builders is relatively high oil prices. Recently, oil prices have hovered above $50 per barrel.

Oil prices have been in the doldrums since 2015 on concerns of an oversupply, and things were almost the same last year, as international sanctions on Iran were lifted, allowing the oil-rich country to add new barrels to an already glutted global market.

Crude oil prices, measured by Dubai crude, briefly dropped below $30 a barrel in January 2016, hitting a more than 10-year low. But since the second half of last year, oil prices rebounded hovering above $50 per barrel during the fourth quarter of last year.

"This year's oil prices will move between $50 and $60 per barrel," said Jung Jun-hwan, a researcher at the Korea Energy Economics Institute.

Analysts also said local builders are not competing to win deals at lower prices, which will also boost their profitability down the road.

"Local builders are trying to improve their profitability from overseas deals," said Jang Moon-joon, an analyst at HI Investment & Securities Co. "New orders to be clinched will be more lucrative than before." 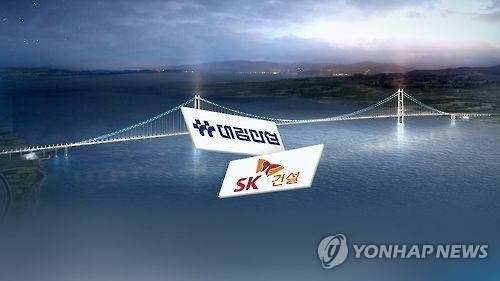 Starting this year, the government plans to select 20 prospective and promising overseas projects, each worth over $1 billion, and help local construction firms win those deals.

To this end, the government plans to name up to four regional ambassadors to Asia, Central America and the Middle East, who will specifically work to help local builders win new construction orders in their regions.

The government hopes such measures will increase the total amount of construction orders to over $35 billion this year.

A series of mega projects are in store this year with local builders eyeing to win such deals. They include a $6 billion refinery project in Oman.