According to Big Hit Entertainment, the seven-member act will be showcasing new tracks, including "Not Today" and "Spring Days," at the "2017 BTS Live Trilogy Episode Ⅲ The Wings Tour" at the Gocheok Sky Dome in western Seoul on Feb. 18-19.

The new album titled "You Never Walk Alone" is slated to come out next Monday at the stroke of midnight.

"The upcoming tour is the last sequence that will wrap up the 'BTS Live Trilogy Episode,' which started in 2014," Big Hit said.

"It will be a gift to fans with performances of the new songs."

The new album will feature 18 tracks, including four new ones: "Spring Days," "Not Today," "Outro: Wings" and "A Supplementary Story: You Never Walk Alone."

In contrast to BTS' second-and-latest LP "Wings," which dealt with the growth and maturation of youths, "You Never Walk Alone" will provide hope and warm consolation to worn-out young adults, it said. 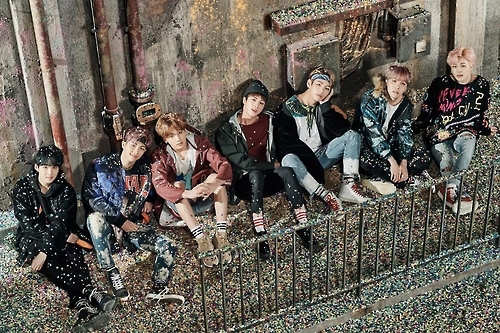