The total value of tobacco exports reached a record $1.01 billion in 2016, up 11 percent from the previous year's $914 million, according to the data compiled by the Korea Customs Service.

The United Arab Emirates (UAE) is the biggest importer of South Korean cigarettes, with $375 million worth of products shipped to the Middle East country last year, up 22.8 percent from a year earlier.

Exports to Japan also gained 6.7 percent on-year to $143 million last year, while the United States imported $104 million worth of South Korean cigarettes, up 13 percent from a year ago.

Meanwhile, South Korea imported a record $414 million worth of foreign cigarettes and tobacco leaves in 2016, up 20.8 percent on-year, the data showed. 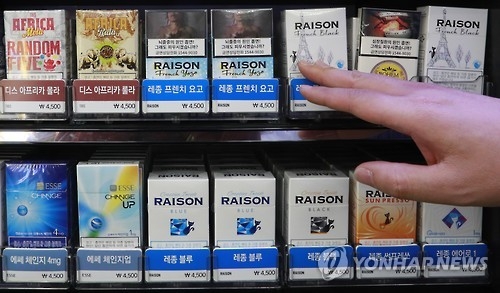