A source in the northern Yanggang Province told the Radio Free Asia (RFA) that people have vomited or broken out into a rash after consuming yeast bread manufactured by a foodstuff company in the city of Hyesan, prompting health and quarantine officials to launch a probe into the case.

The 250-gram bread made of corn and flour, which carries a cheap price tag, is such a staple for collegians who live in dormitories that it is often called "collegians' bread" at unofficial markets, or "jangmadang."

Yeast bread enjoyed great popularity among ordinary North Koreans but recently a problem has popped up, the source said. "According to the company's workers, there was no problem when they were using Chinese-made yeast. The problem of food poisoning came up after they started using their own factory-made yeast starting this year."

Another source in northern Jagang Province said in an interview with RFA that domestically-made medicines have been hitting the shelves of local drugstores and jangmadang since 2014. "But people don't bother to take a look at them with their cheap prices and instead seek out expensive Chinese-made ones," he said.

The price of 100 aspirin tablets, made by Sunchon Pharmaceutical Co., is cheap but is not effective in fever reduction, the source said. "You would take just two tablets of a Chinese-made fever reducer to have your fever lowered rather than 100 tablets (of Sunchon aspirin)." 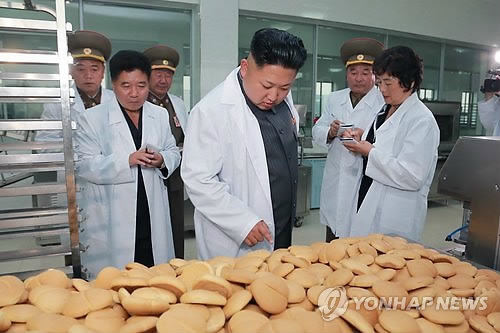