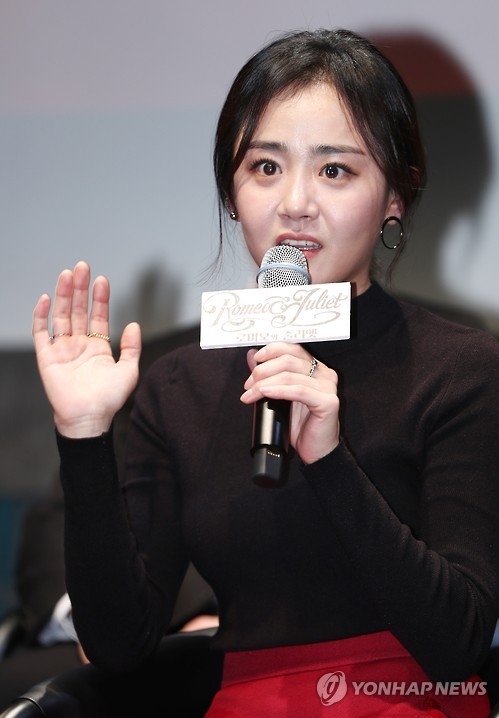 SEOUL, Feb. 8 (Yonhap) -- Actress Moon Geun-young canceled additional shows of her play "Romeo and Juliet" after undergoing another operation to treat pain in her right arm, her agency said Wednesday.

Moon, who played Juliet in the theater production that ran from December of last year to January in Seoul, had a third surgery on Tuesday for compartment syndrome in her right arm, according to Namoo Actors.

"Thankfully, Moon's operation was successful. However, there is still the possibility that she might have to undergo an additional one," the agency said.

"After discussing the matter with the production company, we decided to cancel the scheduled shows in Daegu and Andong as well."

The actress underwent immediate operation after being diagnosed with compartment syndrome last Wednesday. Due to her condition, Moon's planned shows in Daejeon for that weekend were canceled.

Compartment syndrome is a condition that occurs when excessive tissue pressure builds up in compartments containing muscles and nerves. It can lead to permanent muscle and nerve damage if left untreated.

As a child, Moon became a starlet through hits such as horror film "A Tale of Two Sisters" in 2003 and the romantic comedy "My Little Bride" in 2004. She later reinvented herself as an adult, but continued to act.