SEOUL, Feb. 8 (Yonhap) -- South Korea's top financial regulator said Wednesday the government will offer "tailored" financial support for the youth in need, as a growing number of college graduates struggle to get jobs.

"Financial support for college students and other young people is one of the top priorities in this year's policy on low-income brackets," Yim Jong-yong, chairman of the Financial Services Commission (FSC), said. "(The government) will expand timely and tailored support so that they can concentrate on studying and landing jobs without worry about money."

He was attending the opening ceremony of a "consolidated finance support center" for low-income earners in Gangnam, a southern district in Seoul.

The center, the sixth of its kind in the capital, is designed to provide them with one-stop services for policy loans with relatively low-interest rates.

The FSC said the Sunshine Loan, a major policy loan, will become payable in seven years, instead of the current five years, with the grace period extended by two years to six, in consideration of more time needed for getting jobs after graduation. 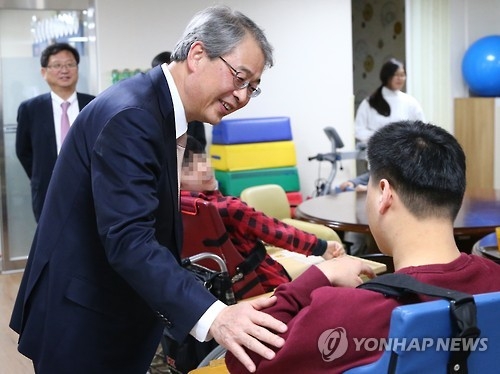