SEOUL, Feb. 8 (Yonhap) -- The leaders of the Saenuri Party plan to begin a nationwide bus tour next week, a senior party official said Wednesday, in an apparent move to shore up public trust and rally conservatives ahead of a presidential election this year.

Rep. Yeom Dong-yeol, the chief of the party's strategy and planning division, said that the trip, which will kick off as early as next Tuesday, is intended partly to deliver a message of "repentance" for a corruption scandal involving President Park Geun-hye and her friend.

The move comes amid the party's campaign to refurbish its image through various reform measures, including a plan to change its name, and appeal to voters with various policy proposals aimed at improving the wellbeing of citizens.

"We will set out on a bus trip -- under the themes of repentance, the future, responsibility and going into the midst of citizens -- as early as Feb. 14, to meet with citizens and accept their criticisms as well," Yeom told Yonhap News Agency over the phone.

The party leadership will join the trip, while rank-and-file members are free to participate, Yeom added.

The party also plans to crank up efforts to drum up public support for its potential presidential candidates. It will have them join key party meetings through which they can explain their policy visions.

Former floor leader Won Yoo-chul; Rhee In-je, a former six-term lawmaker; and former Incheon Mayor Ahn Sang-soo have so far declared their intentions to join the party's primary to for the presidential nomination. 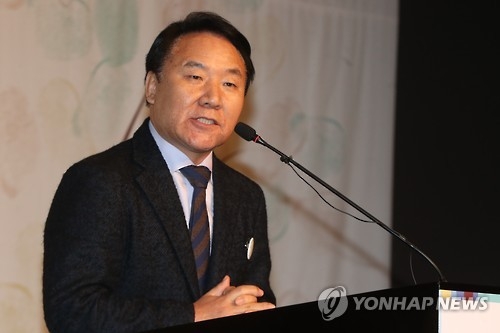