"The global film industry is now experiencing a turbulent era of intense competition to expand market presence," Seo Jung, CEO of CJ CGV, said in his speech to an industry forum. "In particular, as global media-entertainment firms are enlarging their size through mergers and acquisitions, and expanding their markets, it is important for the local film industry to keep up with this trend. For this, we need to cultivate an entertainment firm big enough to compete on the world stage." 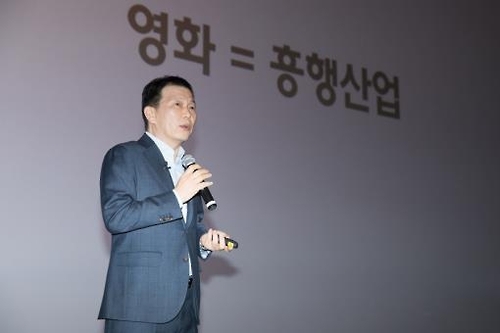 The cinema unit of the food and entertainment conglomerate CJ became the fifth-largest multiplex theater company in the world last year by acquiring the Turkish cinema chain Mars. It currently has 2,742 screens in seven countries, including South Korea, as of the third quarter of last year. The total number, however, is only one-fifth of that of the world's No. 1 cinema chain Wanda Cinemas, according to figures from the local company.

The Chinese company was followed by Legal Cinemas and Cine Mark of the United States with 7,310 and 5,865 screens, respectively. Mexico's Cinepolis came in fourth with 4,776.

A nearly saturated domestic market is the main reason South Korean cinema chains are seeking to expand into the global market, Seo said.

"The number of films opening in the country has risen at a very fast pace over the past 10 years, which caused intense competition to secure screens to show the films."

Last year, a total of 1,573 films were shown in South Korea, up from 351 in 2006. But data from the Korean Film Council (KOFIC) showed the number of cinemagoers had slightly decreased to 217.02 million in 2016 for the first time ever after years of steady growth.

"The Korean film industry is at a crossroads of being a mere market for global players from the U.S. or heading out to seek more profits abroad," he said. "It's time for the local industry to combine forces to go global." 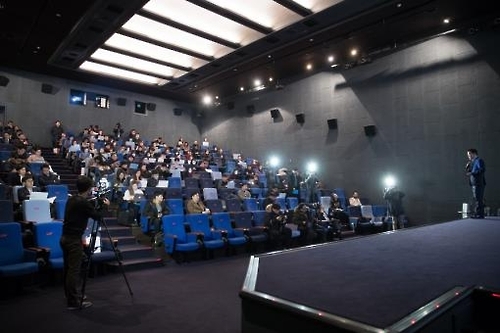