SEOUL, Feb. 8 (Yonhap) -- Freestyle skiing and snowboard test events for the 2018 PyeongChang Winter Olympic Games will be staged this week, as South Korean athletes eye strong finishes at home before the quadrennial competition.

The organizers said two International Ski Federation (FIS) competitions will take place at Bokwang Snow Park in PyeongChang, Gangwon Province, some 180km east of Seoul. The FIS Freestyle Ski World Cup starts on Friday and will run until Feb. 18, while the FIS Snowboard World Cup is set for Sunday to Feb. 19.

They are two of the nine PyeongChang Olympic test events this month. The organizers earlier managed the FIS Cross-Country World Cup and the FIS Nordic combined World Cup at Alpensia Sports Park in PyeongChang.

The test events are designed to check whether the competition venues are prepared and operationally ready. 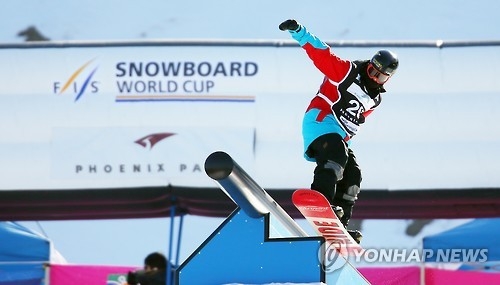 This isn't the first time that South Korea is hosting the Freestyle Ski World Cup and the Snowboard World Cup. Both events were in South Korea last year, but had different programs. Back then, slopestyle events and snowboard cross races were held. This month's Freestyle Ski World Cup offers three events -- aerials, moguls and ski halfpipe -- while the snowboard competition will feature parallel giant slalom and halfpipe.

Unlike alpine skiing, where skiers compete for speed, freestyle skiing highlights aerial acrobatics on the snow. Aerials will be held on Friday, while moguls action is set for Saturday. Ski halfpipe events are scheduled for Feb. 16 and Feb. 18.

In aerials, athletes ski off two to four meter jumps that propel them up to six meters in the air and perform tricks before landing on a hill. It is an artistic competition and a judged sport.

Because of the sport's characteristics, aerial skiing is compared to vault in artistic gymnastics. South Korea is also relying on former national team gymnastics head coach Cho Sung-dong to guide its aerial skiers.

South Korea, however, is relatively new to this discipline as the national team was first founded in 2015. Only three aerial skiers will represent South Korea at this World Cup.

In moguls, skiers are tested in balance and short turns when they race down series of bumps on a trail.

Choi Jae-woo, the 22-year-old who had a fourth-place finish at the World Cup in 2015, is the leading South Korean in this sport. 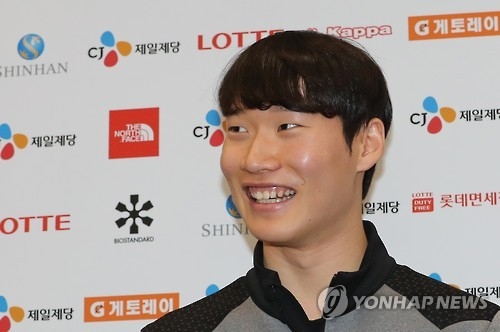 At the Snowboard World Cup, Lee Sang-ho will aim to become the first South Korean to win a World Cup medal in snow sports.

Lee competes in parallel giant slalom where two athletes start simultaneously out of the two gates divided in blue and red. Whoever crosses the finish line first is declared the winner. His races are scheduled on Sunday.

Lee finished fourth at the FIS World Cup in Italy last December, the best result by a Korean at a World Cup. He then took fifth place at World Cups in Slovenia and in Bulgaria this year.

The 21-year-old is currently No. 5 in World Cup rankings in parallel giant slalom.

The halfpipe events, where athletes show tricks as they go from side to side on a semicircular ramp, are slated for Feb. 17 and Feb. 19. Korean-American Chloe Kim, the world's top-ranked freestyle snowboarder, will show her skills there.

The 16-year-old has three gold medals in the Winter X Games and is considered the top gold medal contender at the PyeongChang Games.