SEOUL, Feb. 8 (Yonhap) -- South Korean female short track speed skaters have been predictably dominant this season, and they'd like nothing better than to keep on rolling right into the 2018 Winter Olympics on home ice.

The countdown to the PyeongChang Winter Games will reach one year Thursday. At a press conference on Wednesday commemorating the occasion, members of the national women's short track team said they like how their preparations have gone so far.

The team is led by Shim Suk-hee and Choi Min-jeong, who have swept up the past three world overall titles. Shim, the 2014 champion, is also a three-time Olympic medalist at the 2014 Sochi Games and is the current world No. 1 in the 1,500m this season. Choi, who has won the last two world titles, is leading all skaters in the 1,000m in the ongoing season.

Shim, 20, said she is getting ready for her second Olympics as a more mature skater. 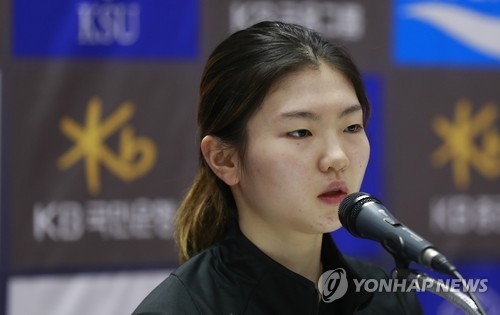 "After Sochi, there were a lot of things that I wished I'd known earlier," she said at the National Training Center in Seoul. "Now, I am putting a lot of thoughts into how I should prepare myself for such a big competition."

Shim and her teammates will have their dress rehearsal of sorts at next week's Asian Winter Games in Sapporo, Japan. South Koreans will have to contend with their rivals from China, especially in the 500m and the 3,000m relay.

"I see the Asian Games as an important part of the process leading up to the Olympics," Shim added. "This will also be an opportunity for me to identify my shortcomings and address them before PyeongChang. My goal is to peak for the Olympics and skate at my absolute best."

Choi, 18, also talked about the importance of process. She said she hopes to post good results in all events in Sapporo, but especially in the 500m.

"China has some strong skaters in the 500m, and my goal is to win the gold medal there over the Chinese," Choi said. "I'll keep tinkering until the Olympics and try to be as perfect as I can be for the PyeongChang Olympics." 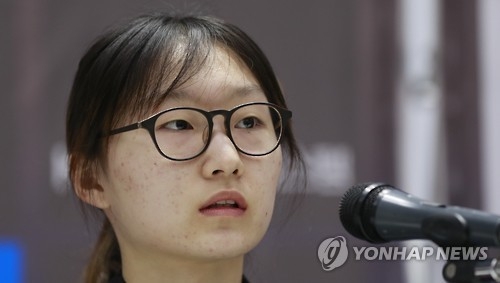 South Korea has won 26 gold medals at the Winter Olympics so far, and 21 of them have come from short track -- but none from the women's 500m.

Cho Jae-beom, coach of the women's team, said the drought in the short distance event might have been due to South Koreans' unbalanced training. In the past, skaters mostly focused on the 1,000m and 1,500m. Because the 500m requires different skill sets, Cho said he's had to tweak the team's training regimen.

"Gradually, the skaters have gotten more used to short distance training," Cho said. "Our goal at the Olympics is to win a medal in every race."