Net profit rose 17.2 percent to 2.77 trillion won (US$2.35 billion) last year, the third consecutive year for the group to post more than 2 trillion won in net income. It also marks Shinhan's second-biggest earnings in its history after 3.1 trillion won recorded in 2011.

The volume of the bank's won-denominated loans climbed 4.4 percent from 2015.

But its net interest margin (NIM), a measurement of profitability, fell one basis point to 1.49 percent, hit by the Bank of Korea's decision in June to lower the key interest rate.

"We have been able to meet market expectations for the No. 1 financial group by posting the second-highest earnings since its establishment," a group official said. 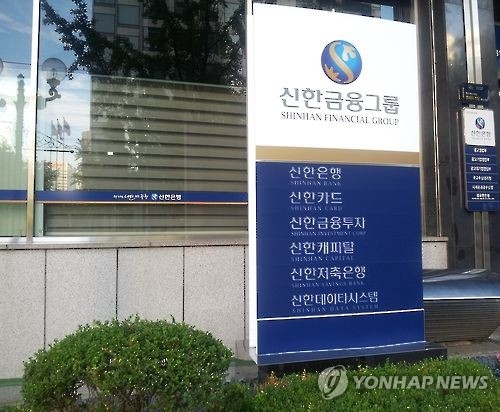