Featured randomly throughout the first four episodes of the show, the song earned zealous demand for its availability for digital download.

"One More Step" marks the third track from the drama's score to be released and was met with general praise for the combination of Armadillo's composition, who was credited on the opening cut of Suzy's first EP "Pretend," and Sandeul's soulful vocals.

Overshadowed by the title "idol" and the visual dominance of his band's looks and onstage performance, Sandeul's vocal prowess had been left obscure for a while. But when he appeared on the popular singing competition show "King of Mask Singer," it was hailed by many as his "career re-defining" moment.

Riding a wave of accolades and publicity following the show, last year he released the five-track EP "Stay As You Are," his first project to do alone, and was credited on the soundtrack to hit drama "Love in the Moonlight" as well. 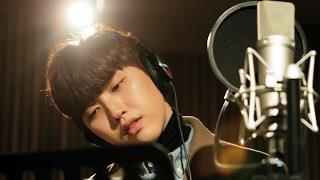