According to the data compiled by the Construction Association of Korea, local builders received a record 164.9 trillion won (US$143.7 billion) last year, rising 4.4 percent from a year earlier.

Of the orders tallied, they bagged 117.47 trillion won worth from the private sector and 47.41 trillion won from the public sector, which mark a 3.7 percent on-year rise and a 6 percent surge, respectively.

Meanwhile, local construction firms clinched overseas deals valued at a combined $28.19 billion last year, down 38.9 percent from a year earlier, marking the lowest since 2006, when the comparable figure was $16.46 billion.

After peaking at $71.58 billion in 2010, local builders' overseas construction deals have been on the decline, hovering around $60 billion till 2014 as they competed to win more projects at lower prices amid low oil prices. 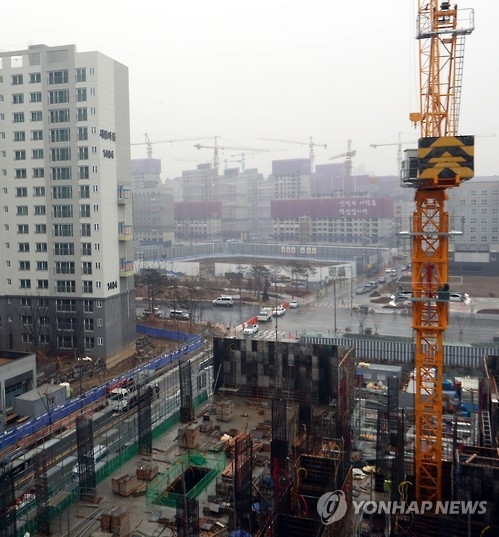