The official launch in Thailand is the latest move by Samsung to expand the mobile-payment service globally.

The company has launched Samsung Pay in the United States, China, Spain, Australia, Singapore and Brazil.

"We hope that Samsung Pay will play a big role in transforming Thailand in line with its national e-payment strategy," said Wichai Pornpratang, vice president of Samsung's Thai unit, in a statement.

"Our innovation will revolutionize Thais' way of spending and usher them towards a cashless society," the vice president said. 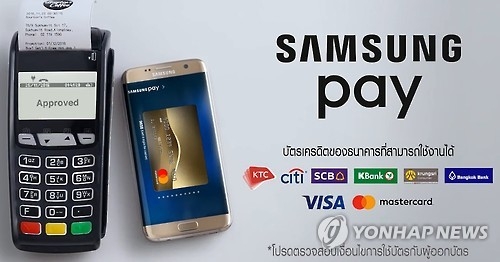