"Somewhere Between" would be the first American series based on a Korean format, according to SBS TV.

The network has unusually given a straight-to-series order for 10 episodes of the series apparently based on its president's positive reviews of the original drama, SBS TV said.

The 2014 SBS series "God's Gift" tells the story of a mother who goes back in time to bring her murdered child back to life. It starred Lee Bo-young, Jo Seung-woo, Kim Tae-woo and Kim Yoo-bin.

The American remake will be written by Stephen Tolkin of "Legend of the Seeker" and "Brothers & Sisters," who will serve as executive director along with Ivan Fecan and Joseph Broido.

Actress Paula Patton, best known for "Mission Impossible - Ghost Protocol" and "Deja Vu," has been set as lead. The series will begin shooting in Vancouver, Canada, in March. 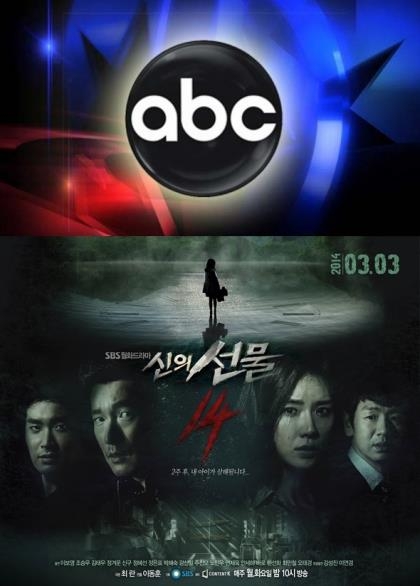 ABC to air new TV series based on Korean format

ABC to air new TV series based on Korean format