SEOUL, Feb. 8 (Yonhap) -- The ruling Saenuri Party on Wednesday tentatively decided to change its name to "Liberty Korea" as part of its effort to refurbish its image and shore up public trust in the wake of a corruption scandal involving President Park Geun-hye and her close friend.

Its official English name will be announced later. The previous name change from the Grand National Party was made some five years ago to revamp its image ahead of the 2012 parliamentary elections.

"After a general meeting of lawmakers today, we decided to change the name to the Liberty Korea Party with our resolve to be reborn," Kim Sung-won, the party's spokesman, told reporters.

The party plans to finalize the name after a set of endorsement procedures at the party's top decision-making bodies.

The party picked the name out of the four options, including the Happiness Korea Party, the People First Party and the Conservative Power Party. The selection was based on a survey of some 10,000 party members.

Along with the name change, the party plans to change its logo and emblem colors.

In recent months, the party has been striving to push through a series of reform measures including its sweeping personnel overhaul, which caused some core members loyal to the president to leave the party. 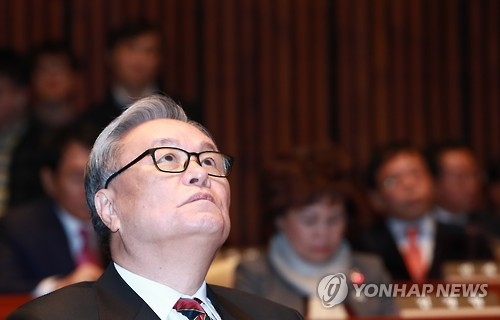