SEOUL, Feb. 9 (Yonhap) -- Daewoo Shipbuilding & Marine Engineering Co., a major shipyard in South Korea, said Thursday that it has signed a letter of intent with a U.S. firm to build up to seven floating storage and regasification units (FSRUs).

Under the deal with Excelerate Energy, Daewoo Shipbuilding will receive an order to build one FSRU for the U.S. energy firm in the second quarter of the year. The LOI (LOI) also gives Excelerate an option to place more orders depending on market conditions.

Daewoo Shipbuilding expects the deal to be officially finalized in April, it added.

Daewoo Shipbuilding did not reveal the terms of the contract, but industry sources said the deal may fetch up to US$1.6 billion.

The deal would mark this year's first mega deal for Daewoo Shipbuilding, which has been dealing with a sharp fall in new orders amid squeezed cash flows. 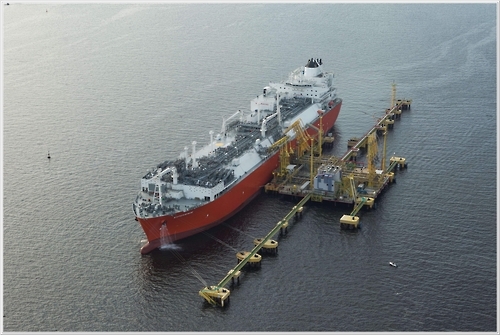