LOS ANGELES, Feb. 9 (Yonhap) --- A group of Korean-Americans seeking to set up a girl's statue symbolizing victims of Japan's wartime sexual slavery said Thursday the statue installation will take place at a civil rights movement museum in the city of Atlanta, Georgia, in April.

"We will accelerate our preparations for the installation," Kim Baek-kyu, leader of a committee tasked with the erection of the state, said at a press conference in the city.

Attending the press conference were 24 people, including former U.S. Congressman Michael Honda and Kim Se-hwan, senior pastor of the Atlanta Korean United Methodist Church, as well as other members of the committee.

Kim also said in an interview with Yonhap News Agency by phone that the committee has pushed ahead with the installation plan for three years in secret due to the sensitive nature of the issue, adding the statue will be erected at the lawn next to the main hall of the Center for Civil and Human Rights.

Located in downtown Atlanta and opened in 2014, the center is a museum dedicated to the achievement of both the civil rights movement in the United States in the 1950s-1960s and the broader worldwide human rights movement.

"We are planning to hold a ceremony on April 27 to mark the installation of the statue," Kim said, adding it could happen earlier than that if the situation permits.

The bronze statue of a barefoot seated teenage girl in a traditional Korean "hanbok" dress, similar to another set up in front of the Japanese Embassy in Seoul, will sit on a marble base 2 meters wide and 1.23 meters long.

Kim and other South Korean residents in Atlanta promoted the project for the statue installation three years ago and the project has paid off since the group discussed it with the museum side last summer.

It will mark the third time that a statue, which represents "comfort women," Korean women forced to work in wartime Japanese military brothels, is installed in the United States following ones in Glendale, California, and Southfield, Michigan.

The museum has confirmed the planned statue installation. It has given the resident group support in the project, making itself the center of attention as the U.S. city is the birthplace of the African-American civil rights movement. 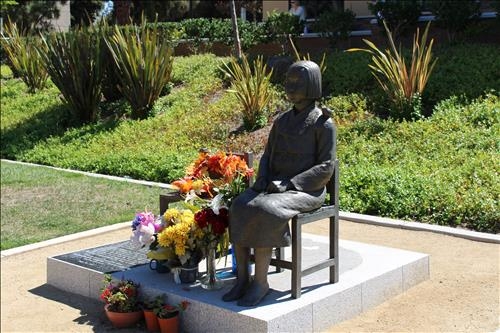 As word of the installation spreads, it is feared that the Japanese government and the country's right-wing bodies will launch an offensive to have the plan foiled.

In August last year, a right-wing Japanese group, the Global Alliance for Historical Truth, filed a suit demanding the statue in Glendale be removed, but it was to little avail. A U.S. court rejected the demand, saying Glendale did not use the statue for diplomatic purposes.

Historians estimate that up to 200,000 women, mainly from Korea, which was a Japanese colony from 1910 to 1945, were forced to work in front-line brothels for Japanese soldiers during World War II. But Japan has long attempted to water down the atrocity. 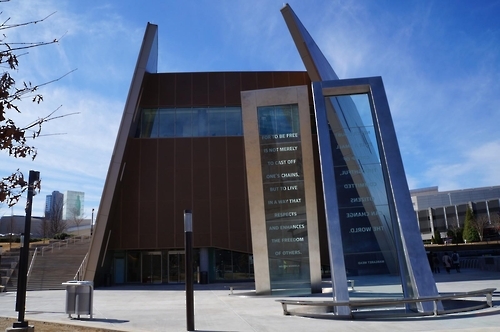