SEOUL, Feb. 9 (Yonhap) -- South Korea's Marine Corps chief on Thursday left for the United States for a week-long visit to discuss enhancing cooperation between the allies and expanding the role of the marines in countering North Korea.

Marine Corps Commander Lt. Gen. Lee Sang-hoon will meet his U.S. counterpart Gen. Robert B. Neller during his trip, in reciprocation of Neller's Seoul visit in October. It marks the first U.S. visit by South Korea's Marines chief in a decade, the Marine Corps said in a statement.

"They are expected to mainly discuss measures to strengthen the cooperation between the two nations' Marines Corps and expand South Korea's participation in maritime exercises led by U.S. Marine Corps around the Korean Peninsula," a Marine Corps spokesman said.

The first visit to Seoul by a U.S. Marine Corps chief in eight years was made amid heightened tensions after North Korea conducted its fifth nuclear test in September and a series of missile launches. 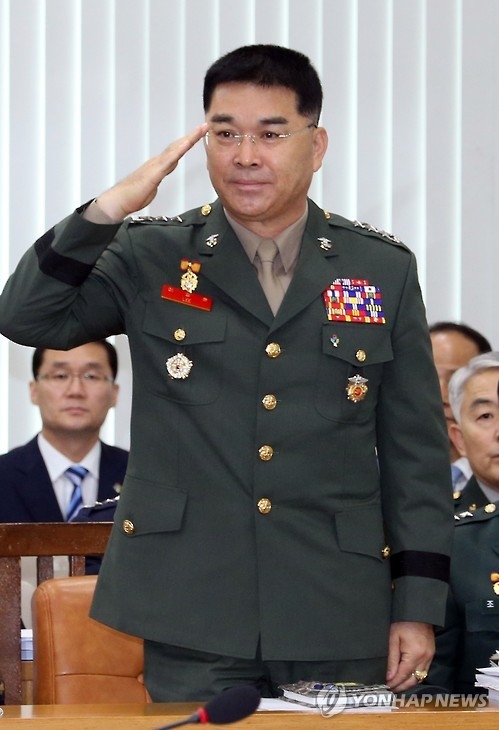