The annual domestic sales target was released at a workshop for the company's 400-strong dealerships held in Incheon on Wednesday.

GM Korea CEO James Kim earlier said his company will seek to do better this year without elaborating.

The sales target, if achieved, would mark a 7.1 percent increase from the 180,275 cars sold here last year. It would also set a new record high in the country's history, replacing the previous record set in 2016. 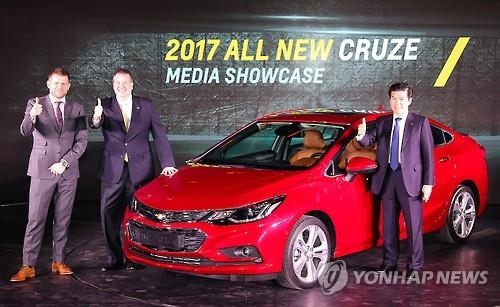 Kim noted the figure would also put his company's market share here at over 10 percent for the first time since 2009.

"This year, we will continue to set new milestones, such as surpassing last year's performance and reaching a double-digit market share in the domestic market," he was quoted as telling the workshop.

It is also expected to launch the Bolt full electric vehicle later in the year.