The request came after controversy flared up over KT's online and offline ads on the device, which include the phrase "the world's first." In South Korea, companies should obtain a blessing from the watchdog before running TV ads.

In mid-January, KT unveiled the set-top box, dubbed "Giga Gini," which allows users to interact with the machine using natural conversation. Through the device, users can check e-mail, calendar appointments and news, listen to music and control other Internet-linked home appliances via TV.

Unlike other voice assistance services, the set-top box allows users to give commands through the TV screen.

Since the rollout, KT has launched an advertising blitz, claiming the device is the first of its kind in the world. However, the company soon faced criticism that the new AI set-top box is similar to existing devices in that it links Internet Protocol television (IPTV) with a voice assistant. 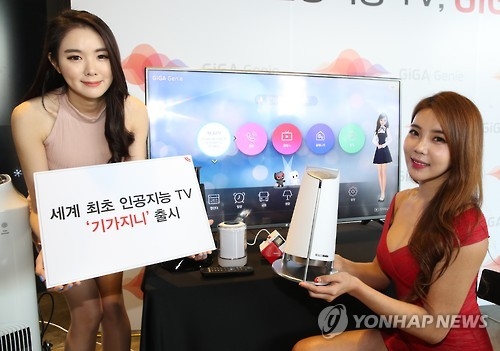 "We see no problem in the fact that the AI-based set-top box is the first of its kind in the world, but we plan to supplement data in order not to leave room for controversy," a KT official said. "However, we have yet to decide whether to omit 'the world's first' from our advertising copy."

KT claimed it has installed its own voice assistant in a speaker-shaped set-top box for the first time in the world, and Giga Gini offers a far wider range of services than existing models.

It is not the first time for local telecom companies to engage in the "world's first" controversy.

In January 2015, SK Telecom ran a TV ad claiming it had succeeded in commercializing the so-called 3-band LTE-Advanced (LTE-A) service for the first time in the world. KT filed a lawsuit against SK Telecom, arguing the ad was fake and exaggerated. The two firms resolved the issue via an out-of-court settlement. 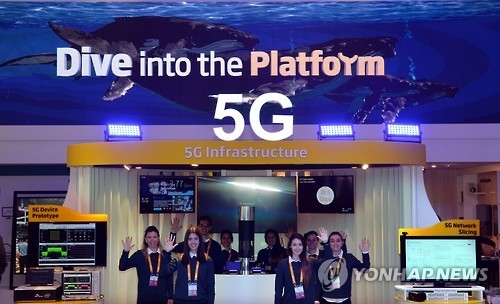 SK Telecom was also involved in a similar controversy during last year's Mobile World Congress (MWC) in late February. On the opening day of the fair, SK Telecom Co. demonstrated its 5G network technology with a transmission speed of 20.5 gigabits per second (Gbps), claiming it was the world's first company to do so at a public place.

The speed of 20Gbps can be considered 270 times faster than the early stage of the long-term evolution network. It takes only around a second to download a full 2 gigabyte movie.

However, controversy erupted as Swedish telecom equipment developer Ericsson had earlier succeeded in transmitting data at a speed of more than 25 Gbps.

"Exaggerated and fake advertisements could dupe consumers into picking the wrong products," said Yoon Moon-yong, an official at the Green Consumer Network in Korea. "The government should get tough on such ads and come up with measures to protect users."
(END)