SEOUL, Feb. 9 (Yonhap) -- Husbands are more satisfied with their marriages than wives in South Korea, a survey showed Thursday, indicating that married men's involvement in household work is still insufficient.

The survey of 476 married men and 576 married women, conducted between June and November last year, showed that 72.2 percent of the husbands described their marriages as "positive," compared with 53.7 percent of the wives who said so.

The survey was jointly conducted by the state-run Korea Institute for Health and Social Affairs, Seoul National University and Sunkyunkwan University. 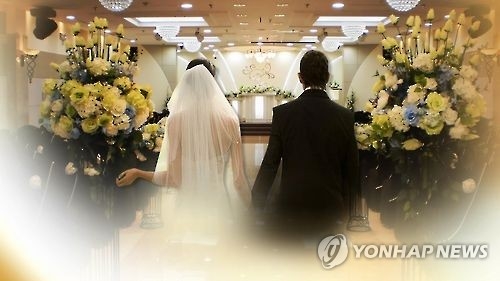 The results indicated that married men are increasingly sharing household work with their wives, but the traditional divide of household chores between husbands and wives is still rampant.

The survey showed that married women did 79.9 percent of household work.

By age, old married couples are less satisfied with their marriages than young couples.