The Daegu District Court sentenced An Ji-man, once a pitcher for the Samsung Lions in the Korea Baseball Organization (KBO), to eight months in prison, suspended for two years. The 33-year-old was also ordered to carry out 120 hours of community service.

An was indicted in September over allegations he gave 165 million won (US$144,000) to his friend in February last year to open an illegal gambling site.

"We acknowledge that the defendant colluded with the gambling site operator by providing funds," the court said. "Still, we took into consideration that he was not directly involved in running the website and that he was disadvantaged in many ways due to the case."

After news of the scandal broke, the Lions asked the KBO to authorize the termination of its contract with An in July. The KBO indefinitely suspended the right-hander from joining baseball activities.

Last year, An faced a separate investigation by local authorities for allegedly engaging in illegal overseas gambling. But the probe has been suspended as the whereabouts of key figures who can provide evidence in the case are unknown. 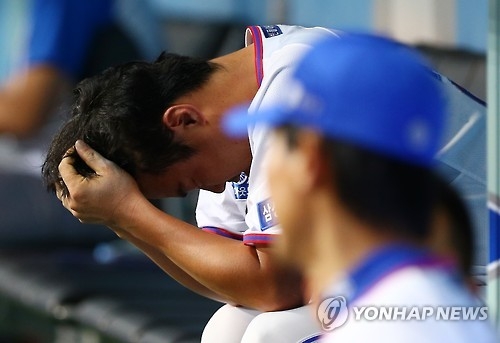