Loans extended to households here rose 100 billion won (US$87.1 million) in January, far less than the 3.4 trillion won recorded a month earlier, according to the Bank of Korea (BOK).

The central bank cited a "seasonal factor" among the reasons for the marked slowdown in household debt growth.

"The growth size of mortgage loans contracted due to less trade in the housing sector in the off-peak season and interest rate hikes," it said. 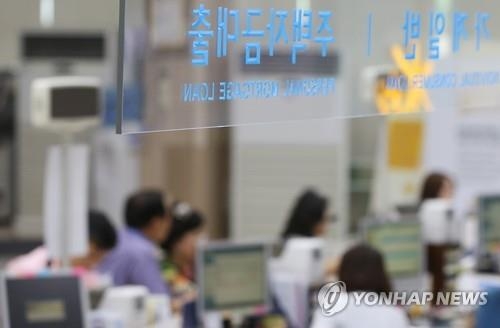 On the other hand, interest rates for mortgage loans from banks climbed to 3.13 percent in December from 3.04 percent in November and 2.89 percent in October.

Credit line loans, known as "minus loans," dwindled partly because corporate employees paid off some of their debts with year-end bonuses, the BOK said.