SEJONG, Feb. 9 (Yonhap) -- The supply of goods both locally produced and imported in South Korea rose at the fastest pace in three years in the fourth quarter of last year, aided by a boom in the chipmaking and construction sectors, government data showed Thursday.

The index of domestic manufacturing supply gained 3.6 percent in the October-December period from a year earlier, with Korean-made products gaining 2.8 percent on-year and imported goods also rising 5.5 percent on-year, according to the report by Statistics Korea.

It marked the largest on-year growth after the fourth quarter of 2013, when it posted 4.4 percent.

The index was introduced by the statistics agency last year to show purchasing power of South Korean consumers and producers and an expansion of the domestic market.

Foreign-made items accounted for 30.6 percent in the fourth quarter of last year, up 0.6 percentage point from a year earlier.

Supply of final goods which includes consumer and capital goods rose 4.9 percent and that of intermediate goods gained 2.9 percent over the three-month period, the data showed.

For all of 2016, the index gained 1.2 percent from a year earlier, with domestic supply edging up 1 percent and imports adding 1.6 percent. 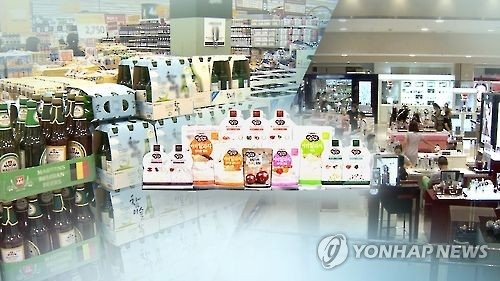