A total of 461 plaintiffs filed the case with the Seoul Central District Court, seeking 1 million won (US$873) each from the government, as well as Park and her former chief of staff Kim Ki-choon and ex-Culture Minister Cho Yoon-sun.

"The blacklist has infringed upon the artists' personal rights, as well as their freedom of expression and the right to protect their privacy," the Lawyers for a Democratic Society, which represents the plaintiffs, said in a statement.

Kim and Cho were indicted Tuesday on charges of abuse of authority and coercion for allegedly creating and managing the blacklist to deny those artists state support.

A total of seven suspects, including the two, have been indicted so far over the blacklist scandal.

Park, who is awaiting the Constitutional Court's decision on her impeachment, has flatly denied the allegations. 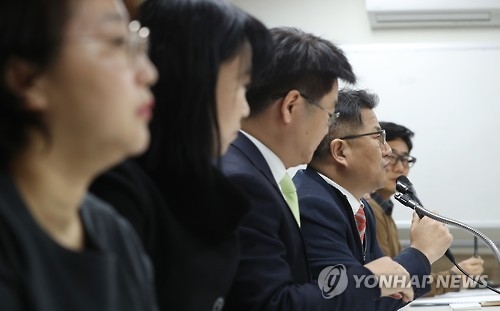