Although BIGBANG's T.O.P and JYJ's Kim Jun-su had previously warned there would not be any events for fans in front of the basic training camp in Nonsan, South Chungcheong Province, some 200 fans nonetheless showed up to wish them well. 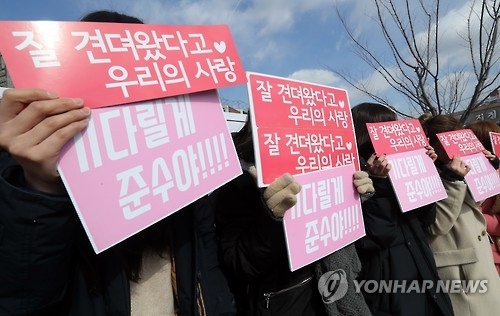 Fans, some from as far as China and Japan, held up signs for their super stars that read "Stay well, Seung-hyun (T.O.P's real name)” or "We will wait for you, Jun-su."

One fan from Seoul, who only revealed her family name Kim, said she understood that her star wanted it to be a quiet departure, but she had to travel all the way down here, 213 kilometers south of Seoul, to show him support.

While the two idols didn't offer customary greetings in front of the fans who waited for them for hours in the cold, they both wrote messages on their respective Instagram accounts. 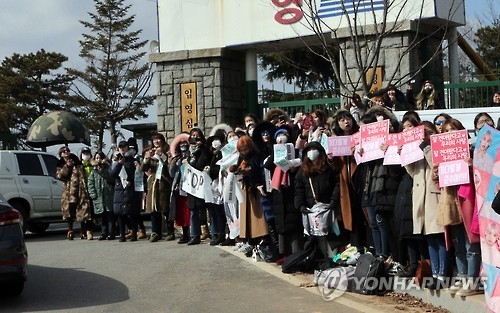 "I am just so grateful for your love for 13 years and unforgettable memories. I post this photo of myself because I think I need to say goodbye properly. We will meet again," Kim said on his Instagram.

T.O.P was more reserved. He wrote, "I really want it to be low-key. Please understand me even if I am leaving without saying goodbye. Sorry."

The two stars will go through a four-week basic military training before they start their duty at Gyeonggi Nambu Provincial Police Agency and Seoul Metropolitan Police Agency, respectively. 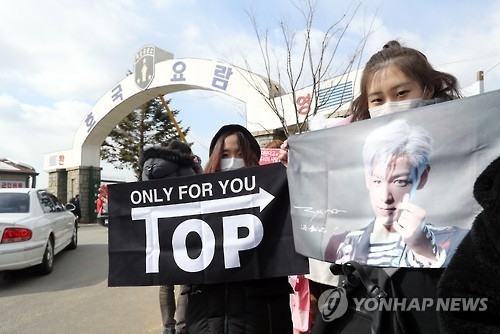