SEJONG, Feb. 9 (Yonhap) -- South Korea intensified its watch against foot-and-mouth disease (FMD) to the highest level on Thursday and closed all livestock trading markets in the country as the animal disease is spreading rapidly throughout the nation.

The Ministry of Agriculture, Food and Rural Affairs said it raised the watch level to the highest vigilance in the country's disease control system after the fourth outbreak was confirmed earlier in the day after the first infection was reported on Feb. 5.

It is the first time in seven years that the country issued the highest alert against the FMD virus. In 2010, nearly 3.5 million FMD infected cows and pigs were culled over nearly six months.

Under the strongest quarantine situation, all livestock markets are closed and trading and movement of animals is forbidden until Feb. 28. 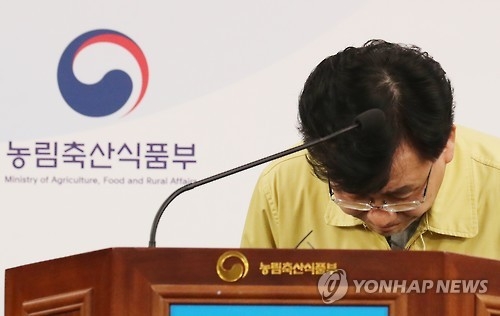 Meanwhile, quarantine authorities sought an emergency supply from Britain of a vaccine against the FMD after tests showed the latest outbreak of the disease is from a virus different from prior cases.

The agriculture ministry said the virus confirmed from cattle at a farm in Yeoncheon, 62 kilometers north of Seoul, was confirmed to be type A. Two previous cases discovered in the southern provinces of the country were of type O. Seven different kinds of viruses are known to cause FMD. The only time that the type A virus was found during eight previous outbreaks since 2000 in South Korea was in 2010.

The government's vaccine stock is mostly for type O, which had been administered in affected regions after the latest outbreak this year. Officials said they do not yet know whether the type O vaccine is effective for other viruses and is waiting for test results on the match rate. South Korea has vaccines for the type O+A virus but only for about 1.9 million cows, not enough for the 2.8 million cows that require it, officials said. 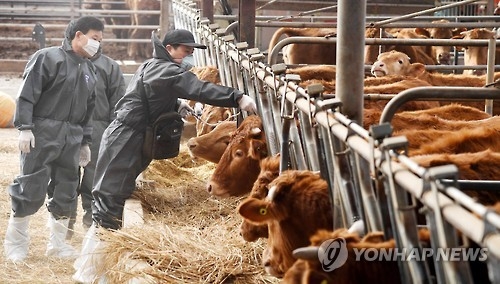 The emergency supply request has been sent to a British company for more stock and will take about one week for arrival, they said.

"We do not have much information about the type A virus because its outbreak back in 2010 was before we started implementing vaccinations," Kim Kyung-kyu, head of the ministry's food industry policy office, said in a briefing. "It would be best if the O+A vaccine that we have shows a high matching rate with the type A virus and has immediate effect, but we now are waiting for the test results."

Quarantine officials said they are also discussing how the two different kinds of viruses showed up nearly simultaneously. In 2010, the two types were discovered with a four-month break in between. How type A reached South Korea is also still being investigated, they said, in addition to tracking down the source of the virus.

"Coincidentally, all of the owners and the families of the affected farms have a record of having traveled overseas," said Park Bong-kyun, head of the Animal and Plant Quarantine Agency. "But the time of the travel was in November, so it's difficult to draw direct connections. We are expanding our epidemiological survey." 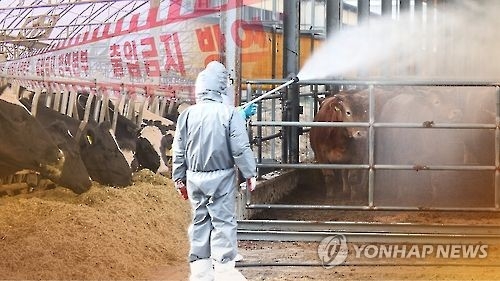