SEOUL, Feb. 9 (Yonhap) -- Hyundai Heavy Industries Co., a major South Korean shipbuilder, reported Thursday that it swung to the black last year from a year earlier, thanks in part to reduced costs and improvement in its non-shipbuilding business.

Net income came to 682 billion won (US$595 million) last year on a consolidation basis, a turnaround from a loss of 1.36 trillion won a year earlier, the company said in a regulatory filing.

Eased burden from costs and an improvement in its non-shipbuilding business were also cited as factors that helped boost the bottom line.

The shipbuilder said gains from equity ties with Hyundai Oilbank Co., its refining unit, also contributed to its bottom line, and its efforts to cut costs and streamline its business portfolio also paid off.

Hit by an industry-wide slump and increased costs, Hyundai Heavy suffered 1.36 trillion won in losses in 2015 following a shortfall of 2.21 trillion won a year earlier. 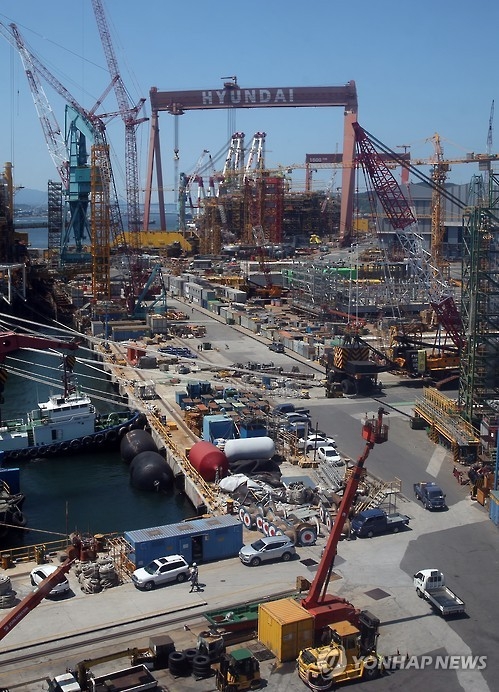 Hyundai Heavy returns to black in 2016 on reduced costs

Hyundai Heavy returns to black in 2016 on reduced costs