SEOUL, Feb. 9 (Yonhap) -- The ruling and opposition parties clashed Thursday over liberal politicians' growing calls for the Constitutional Court to swiftly confirm the impeachment of President Park Geun-hye and remove her from office.

The Saenuri Party launched a tirade against the opposition parties, which have pressured the court to uphold the parliamentary impeachment over Park's alleged corruption, accusing them of engaging in "political demagoguery" to undermine the independence of the judiciary.

On Wednesday, the leaders of the main opposition Democratic Party, its splinter People's Party and the minor far-left Justice Party demanded the court accelerate its trial to ensure a ruling comes before March 13 -- when another justice retires and creates yet another vacancy on the already short-handed bench.

Despite the ruling party's criticism, the Democratic Party went into overdrive to drum up public support for Park's ouster. Its leadership encouraged party lawmakers to join massive anti-Park rallies slated for this and next weekend.

"We cannot help but look at (the opposition parties' demand) for a prompt ruling in favor of the impeachment as a threat or blackmail (against the court)," Chung Woo-taik, the Saenuri floor leader, said during a meeting of senior party officials. 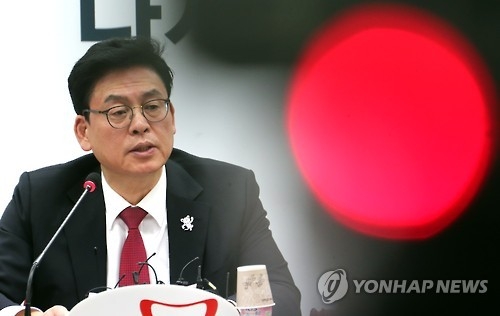 "It is a matter of great importance that could seriously hurt the independence and fairness of the Constitutional Court," he added.

The court has to make its ruling by early June over whether to unseat or reinstate Park who was impeached by parliament in December over the corruption scandal involving the chief executive and her friend. There has been pressure on the court to promptly rule on the highly charged case with its former chief justice retiring last month and another to step down in mid-March.

The Democratic Party has been leading the drive for Park's departure from office, as Moon Jae-in, its likely standard-bearer for the presidential election this year, has maintained a strong lead in various recent opinion polls.

Observers say the party hopes for an early election when Moon's popularity remains high. If the top court decides to unseat Park, the country is to hold the election to pick her successor within two months of the verdict. If it reinstates her, the election will take place in December.

"Our party will make all efforts within our power (to ensure a ruling confirming the presidential impeachment," Youn Kwan-suk, the party's spokesman, told reporters. 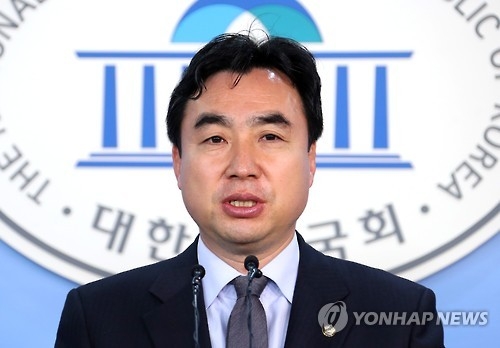 The three opposition parties are also demanding that Acting President and Prime Minister Hwang Kyo-ahn agree to the extension of the independent counsel's probe into the presidential scandal. The probe team's current mandate expires on Feb. 28, but it can be extended by a month with Hwang's consent.