The singers were greeted by hundreds of fans upon their arrival at the Bangkok International Suvarnabhumi Airport on Tuesday, S.M. Entertainment said. On the same day, the members held a media event at Siam Paragon department store, which drew some 5,000 fans. 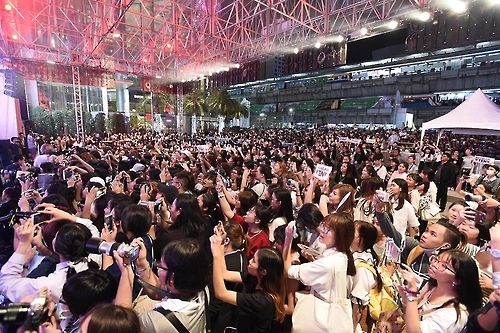 An indoor meet-and-greet event was also later held, with NCT showcasing their song "The 7th Sense" and engaging directly with fans.

NCT also made appearances on popular TV shows including "Rueng Lao Chao Nee" and "9 Entertain." The NCT-endorsed Masita commercial will air in April.